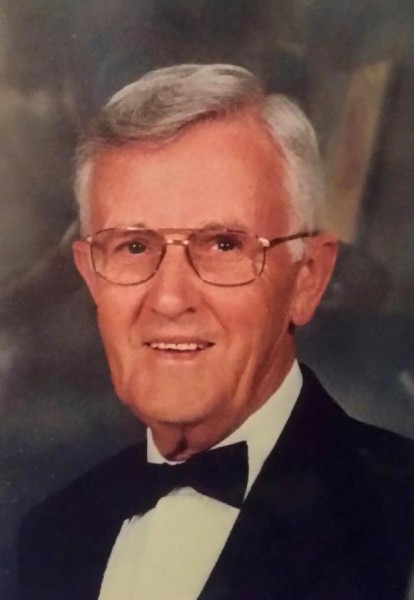 On December 24, 2014, Peter Leonard passed away at the age of 84. Peter was a wonderful husband, father, grandfather and great-grandfather whose love knew no bounds.

Peter was born on October 12, 1930 in Sale Cheshire, England to the late Jack and Evelyn Leonard. He met and married his beloved wife Cynthia in 1953 starting a wonderful love affair that would last over 60 years.

Peter and Cynthia immigrated to Edmonton, Canada in 1956 where they settled and raised four children. Peter is survived by his loving wife Cynthia who continues her struggle against advanced Alzheimer’s. He is also survived by his three daughters and one son: Barbara (Stan), Norma, Vanessa, Ian (Christy); nine grandchildren; four great-grandchildren; younger brother John as well as numerous other relatives and friends. Peter was predeceased by his youngest brother Michael in 2006.

Peter loved the visual and performing arts. He was Director of Art and Design for CFRN Television for over 30 years, a job he truly loved. He was a world class artist whose work hangs in homes across the world. Peter was also radio color commentator for the NASL Edmonton Drillers and a Theatre Critic for CKXM-FM reviewing local, national and international productions. His passion for stage and set design was demonstrated through his incomparable design work at Stage West and the Citadel.

Peter was a formidable whistler. He whistled from sun up to sun down and you could hear him coming from blocks away. A trait that gave him away many times during hide and seek. He will always be remembered for his love of life, his passion for family, his loyalty and his magnificent personality. Peter was a true gentlemen who will be missed dearly by all those whose lives he touched. Not in grief – He is no more, but live in thankfulness that he was.

A Celebration of Peter’s Life will be held from 1:00 p.m. to 3:00 p.m. on Tuesday, January 6, 2015 at the DoubleTree by Hilton Hotel West Edmonton, 16615 – 109 Avenue, Edmonton, Alberta in the Palisades Ballroom. Dad did want a big public funeral…so instead we will have a fancy “wake” to celebrate his life with songs, pictures and a few stories on the microphone. The program will start about 1:15.
In lieu of floral tributes, donations to the Alzheimer’s Society would be appreciated.