Peter was a long-time Technician at CFRN-TV. 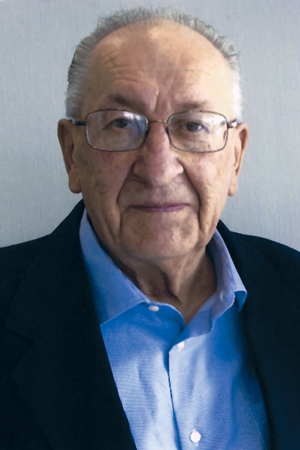 On January 17, 2015, Peter Joseph Cook passed away peacefully at the age of 82 years with his wife Evelyn at his bedside.

Peter exhibited great strength and dignity during his lengthy illness with cancer, always surrounded by his family to the end. He is now free and at peace.

He will be greatly missed by his wife, Evelyn; children, Michael (Beth) Cook, Laurie (Buddy) Beley, Wendy Kociancic (Scott Vokey) and Sherry (Jeff) Smith; as well as eleven grandchildren, Danielle, Ian and Nick Cook, Jessy, Macy and Brooklyn Beley, Landon, Brendon and Tayla Kociancic, and Bradley and Brittany Smith. Also survived by brothers, John and Mike; as well as numerous nieces and nephews. He was predeceased by his parents, Nick and Katherine Cook; and two sisters-in- law, Hilda and Vivian.

Many thanks to the caregivers and staff at St. Joseph’s Auxiliary Palliative Care.