It is with great sadness that the family of Jim announces his passing on February 17, 2013 at the age of 71 years.

A Celebration of Jim’s Life will be held at 3:00 p.m., Saturday, February 23, 2013 at Foster and McGarvey Funeral Home located at Connelly-McKinley Sherwood Park-Mill Woods Funeral Home, 4820 Meridian Street, Edmonton. (Meridian Street can only be accessed heading SOUTH on Hwy 216/Hwy 14 (Anthony Henday) the access is 1 km south of the Sherwood Park Freeway on Hwy. 216). 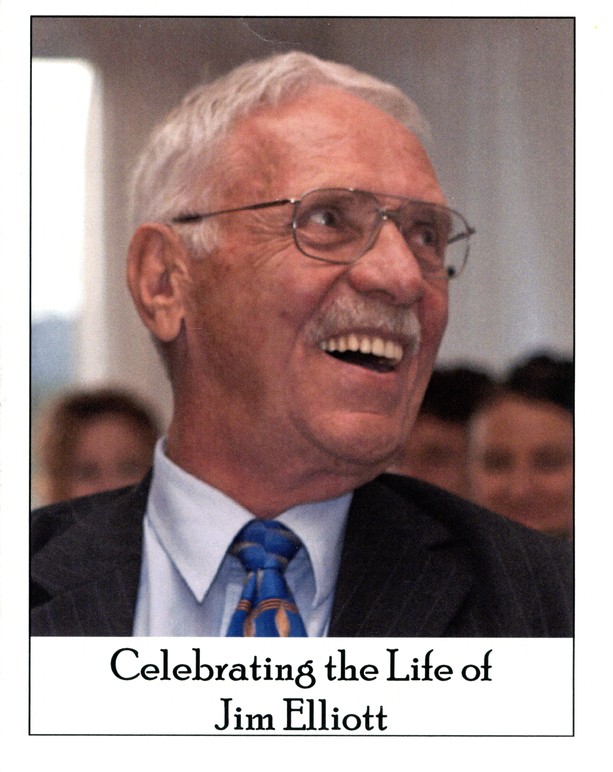 I’m sad to pass on the news that Jim Elliott, an Engineer with Newcap, died of a heart attack this past Sunday. Jim had been in the broadcast business for over 50 years and I know many of you knew him personally and considered him a friend.

Jim was born in Courtney, BC and moved to Red Deer where he went to school. Jim started his long and varied broadcasting career at CKRD in the 50’s, initially as a library assistant while in school and later on the air. As you’re about to see, Jim did it all…..

He moved to Lethbridge in the early 60’s and worked on air for both CHEC Radio and then moved across the street to the Selkirk station CJOC.

It was in the 70’s that Jim made the move to Edmonton and worked the drive show for CFRN and CJCA. Eventually, he moved into sales at CJCA and then over to ITV. For many years he was the exclusive voice and face for the Bricks clearance store “Discount Jim’s”.

In the mid 80’s, Jim went to work for Shaw Radio (now Corus) and moved back to Lethbridge to manage CHEC Radio and CKTA Taber. In the early 90’s he moved to Woodstock with Shaw and managed the Shaw station there.

In the late 90’s, Jim moved west again with the OK group and was in sales in Kelowna and Fort St. John. It was in 2000 when he moved back to Edmonton and in 2004 joined Newcap in our engineering group.

Owen Martin, Director of Engineering for Newcap, said yesterday “Over the years Jim held many hats in our industry and always put his all into the job. The later years as part of Newcap he found refreshed enjoyment of the industry and was always the guy that arrived on a job with a cup of Timmie’s and a big smile for everyone.”

Jim was also a pilot and spent many years flying around the country side. His son Jamie is now a commercial pilot with Porter Air based out of Toronto. Both Tracy and Kerry are in the broadcast industry.

To say he will be missed will be a huge understatement. His family Tracy Gray (Elliott), Kerry Elliott and Jamie Elliott are definitely a chip off the block and I know Jim was very proud of their achievements. Not to mention his 2 wonderful grandson’s. Our sincere condolences to the Elliott family. We’re going to miss this special, kind man.