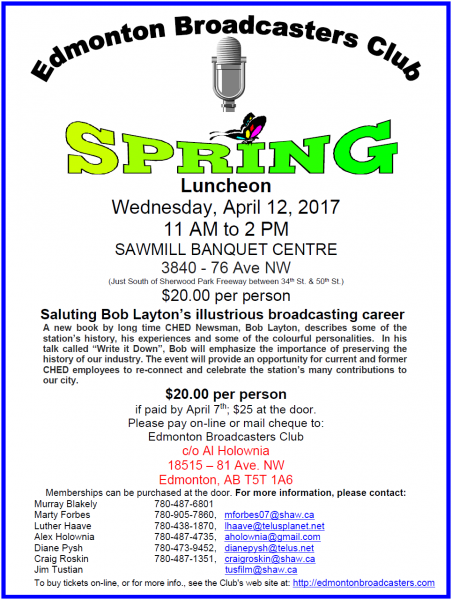 In 1967, when I moved to Alberta, I happened to be listening to CHED when they mentioned that John Barton was organizing an Announcer Broadcast course.

I took it and John invited me to go to audition at the new T.V. Station in Red Deer.

I did and was hired.  So time with CHCA-TV (CKRD) Red Deer, CFRN-TV, and CBC TV and Radio, and lots of travel broadcasting all over Canada and parts of the U.S.A., gave me 31½ years of fantastic local, regional and a lot of CBC TV and Radio network time.

Without CHED, none would have happened.