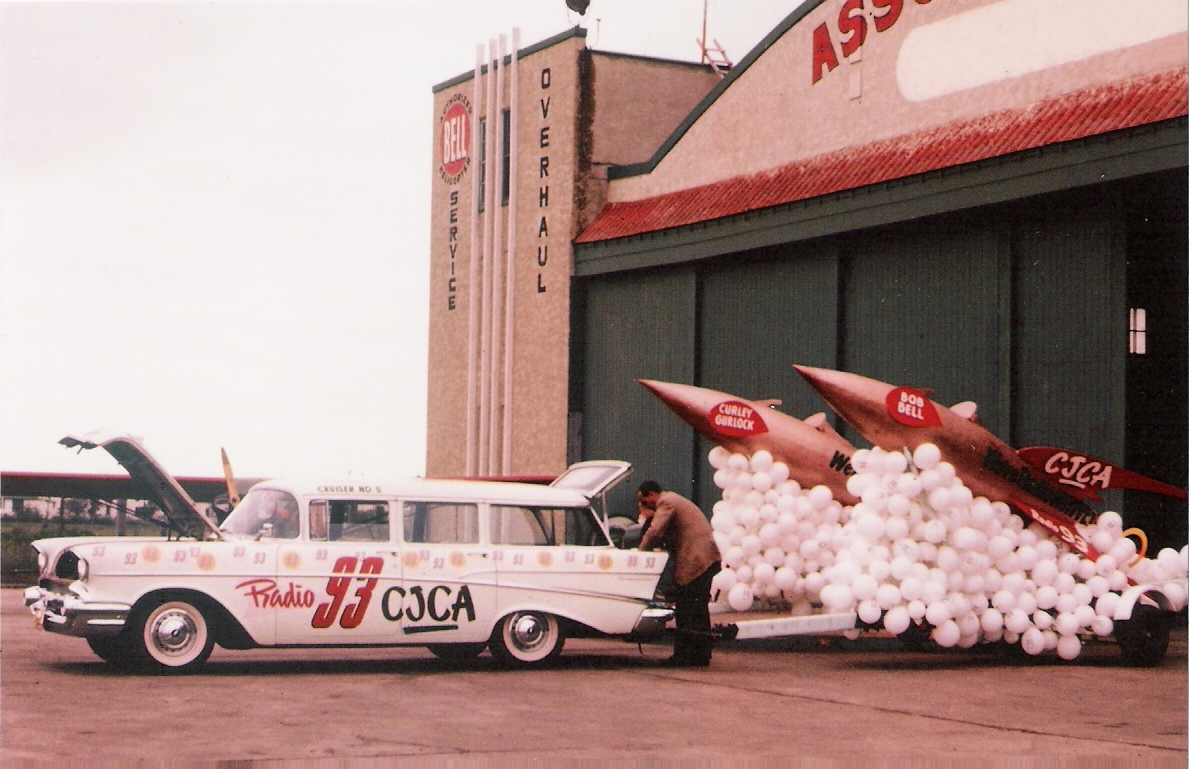 Bringing out the CJCA Rockets

Outside a hangar at Edmonton’s downtown airport, News Cruiser Number 5 is being prepared to pull one of the CJCA rockets in the Edmonton Exhibition Parade; these two rockets were named after CJCA staff members Curley Gurlock and Bob Bell
Late 1950s
Courtesy: Ed Laurence